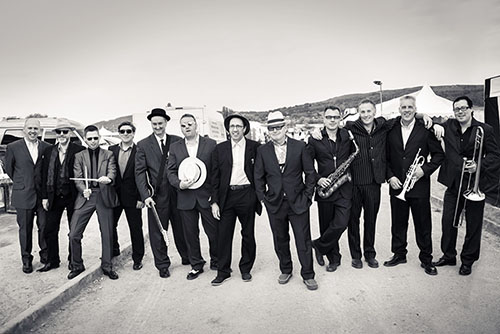 “The Ska Orchestra were formed recently in the back streets, just off the Hackney Rd. They live in different parts of N.E.W & Sth. London.
Their common denominator being music & particularly them good old Ska & Reggae Riddums that burst out of Jamaica in the mid to late 60s”
– Lee Thompson.

The Ska Orchestra band members are: